With a € 44.000 top price for a still unborn Halifax van het Kluizenbos full brother or sister, and with 18 of the 20 embryos sold at an average price of € 21.722, it is clear that Flanders Embryo Auction is a safe bet. On Friday 19th of March auctioneer Louis De Cleene, like a captain, navigated through all worldwide mobile and online bids. Many thanks as well to 1976 Olympic bronze medalist François Mathy, who shared his exquisite knowledge and experience as a distinguished salesman.

“We can only be more than satisfied”, says organizer Luk Van Puymbroeck, who stayed in Belgium for the studio live auction. His associate, Gerald Lenaerts, represented the auction 9.000 kilometers (nearly 5600 miles) further on at Desert Horse Park in Thermal, California. “This is a difficult period, dominated by corona and rhino virus. People tend to take a step back in these circumstances, but none of that at our auction.”

“Normally, we should have flown to America with our team, but travel documents could not be arranged. Thanks to ClipMyHorse we had a video connection with our customers in the States, which enabled Gerald to share their bids with us. For us, America definitely is a growth market with a lot of potential. A couple of years ago we already had an embryo auction in Ocala. We intend to organize more of those. Five of 18 embryos were sold to Americans.”

44.000 euro for Heartbreaker
At Desert Horse Park, in Thermal, the Heartbreaker x Fetiche du Pas was even knocked down at €44.000. Full brother Halifax van het Kluizebos is one of the best jumping sires in the world.

An Irish Grand Prix rider bought the Balou du Reventon x Powerfee for € 26.000. This colt was already born. In addition unborn foals were sold to Denmark, Poland, Canada, Ireland and Belgium. Nearly half of the buyers were new customers. In that respect Flanders Foal Auction is very much looking forward to its next project: several foal auctions in summer. 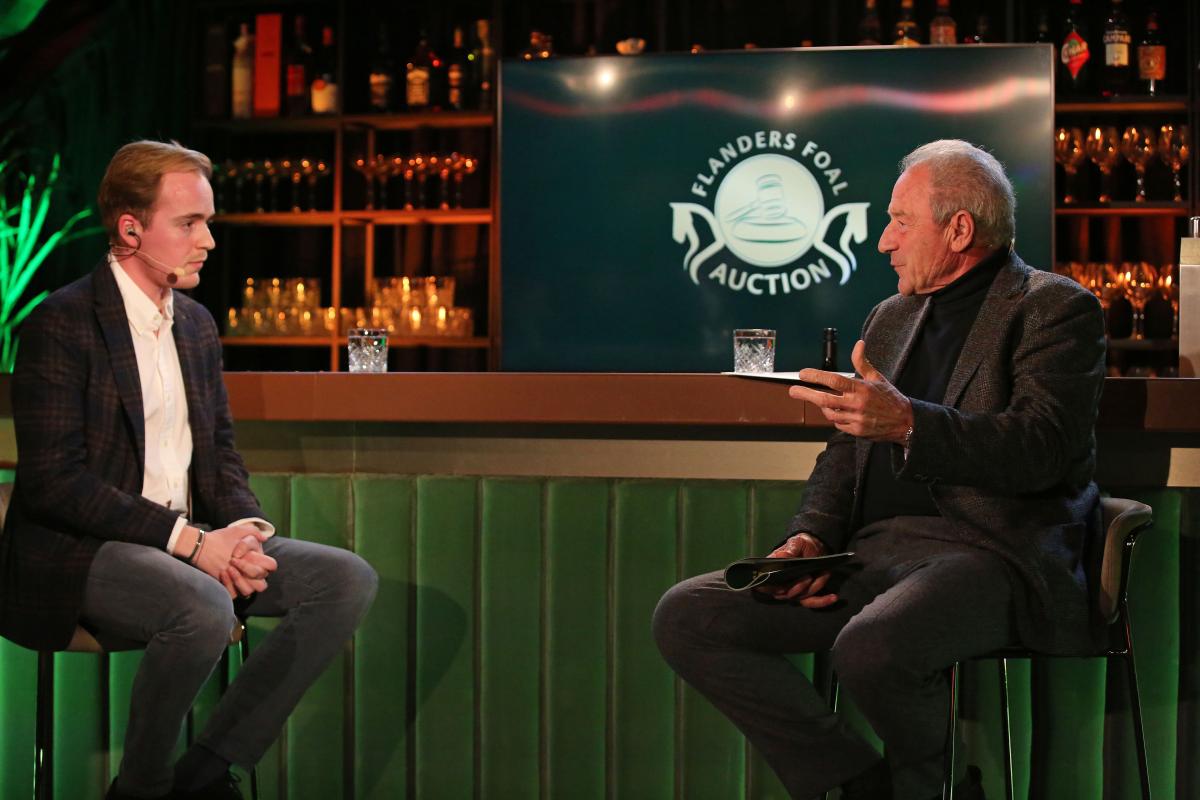