With an average price of 17,933 pounds (20,600 euros) per foal, the Bolesworth Elite Auction has maintained last years high level. The later in the evening, the faster the counter rose in the VIP tent of the Equerry Bolesworth International Horse Show. The final lot Up in the Air Z (by Untouchable) out of the full sister to Olympic champion Big Star was purchased by British show jumper Jay Halim for the top prize of 24,500 pounds (28,077 euro)

Up in the Air Z is from the Netherlands and is bred by Ton Vullers and Big Star’s breeder Cees Klaver. Foals with performance genes are also appreciated in England. Most of them can stay on British soil, a few will be transported to Italy and America after telephone bids. The British top rider Peter Charles had the winning bid of 24,000 pounds for Carrera GT3 from the Reukenis Z (Cornet Obolensky x Carthago), half-brother of the 1.60m Grand Prix stallion Casallo Z ridden by Piergiorgio Bucci. For 24,000 pounds Funky Zoetendaele Z (For Pleasure x Cassini I) out of the 1.50m level show jumping mare Cover Queen goes to the country of pizzas and pastas.

The sultry, upbeat Friday night of last year was now a cool, quieter Thursday night, but the auctioneers Dirk Zagers and Stewart Hassall kept it moving well and Matt Millin ran around to persuade buyers personally to give a new offer. Christian's Son (Christian x Carolus II) out of the 1.60m level Grand Prix mare Le Beau ridden by Ellen Whitaker is sold for 22,000 pounds. The most expensive yearling with 21,000 pounds was Midnight (Comme il Faut x Numero Uno) from Paul Hendrix, who sold his two yearlings to full satisfaction.

"We are very satisfied. We did not have the highlights of last year, but neither any low prices. Apart from too low bids for two foals, we sold everything. The average price was excellent ", says Luk Van Puymbroeck and Gerald Lenaerts on behalf of Flanders Foal Auction also responsible for the foal selection. The fifteen foals and yearlings (four foals have been withdrawn last week) realised a turnover of 269,000 pounds (308,274 euros). Also hostess Nina Barbour looks forward to next year. 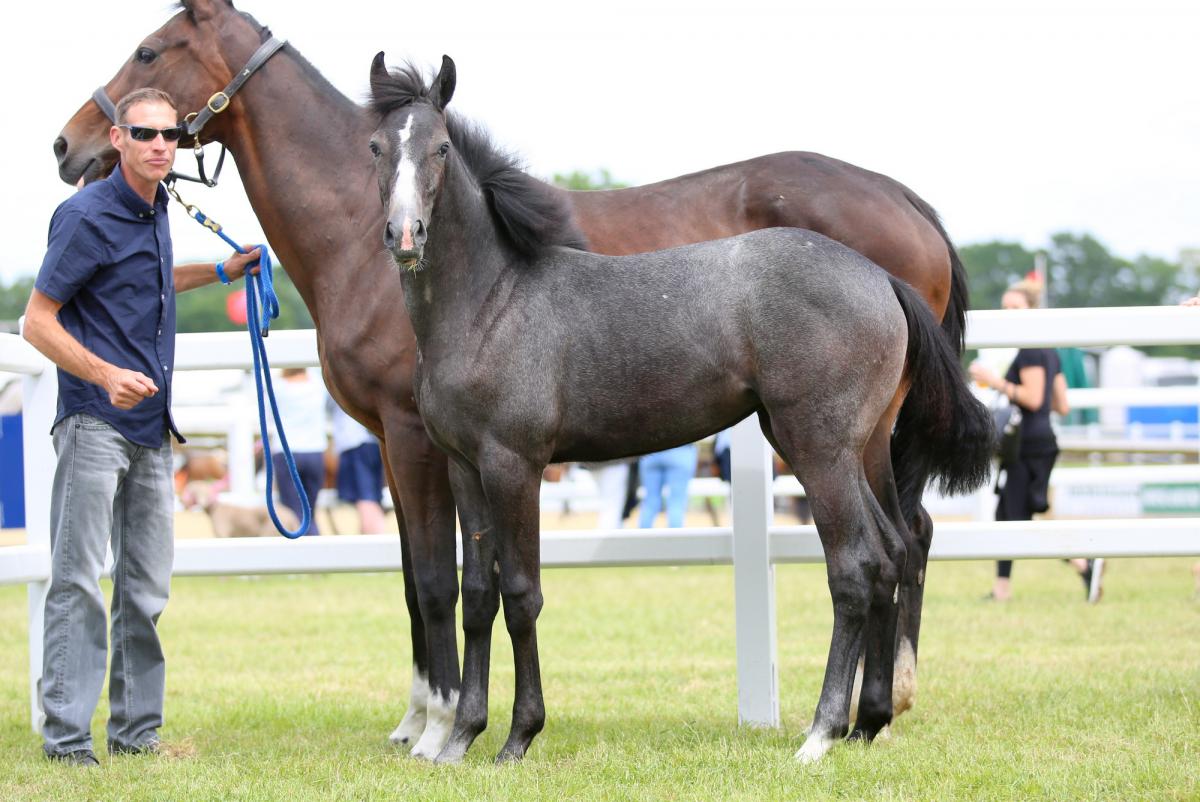